SparkLit encourages writing that engages meaningfully with culture, bringing the Word of God into conversation with current needs.

The Young Australian Christian Writer Award discovers and nurtures writers of the future.

A $2,500 prize is given for the best unpublished manuscript by an Australian citizen under 30 years of age. 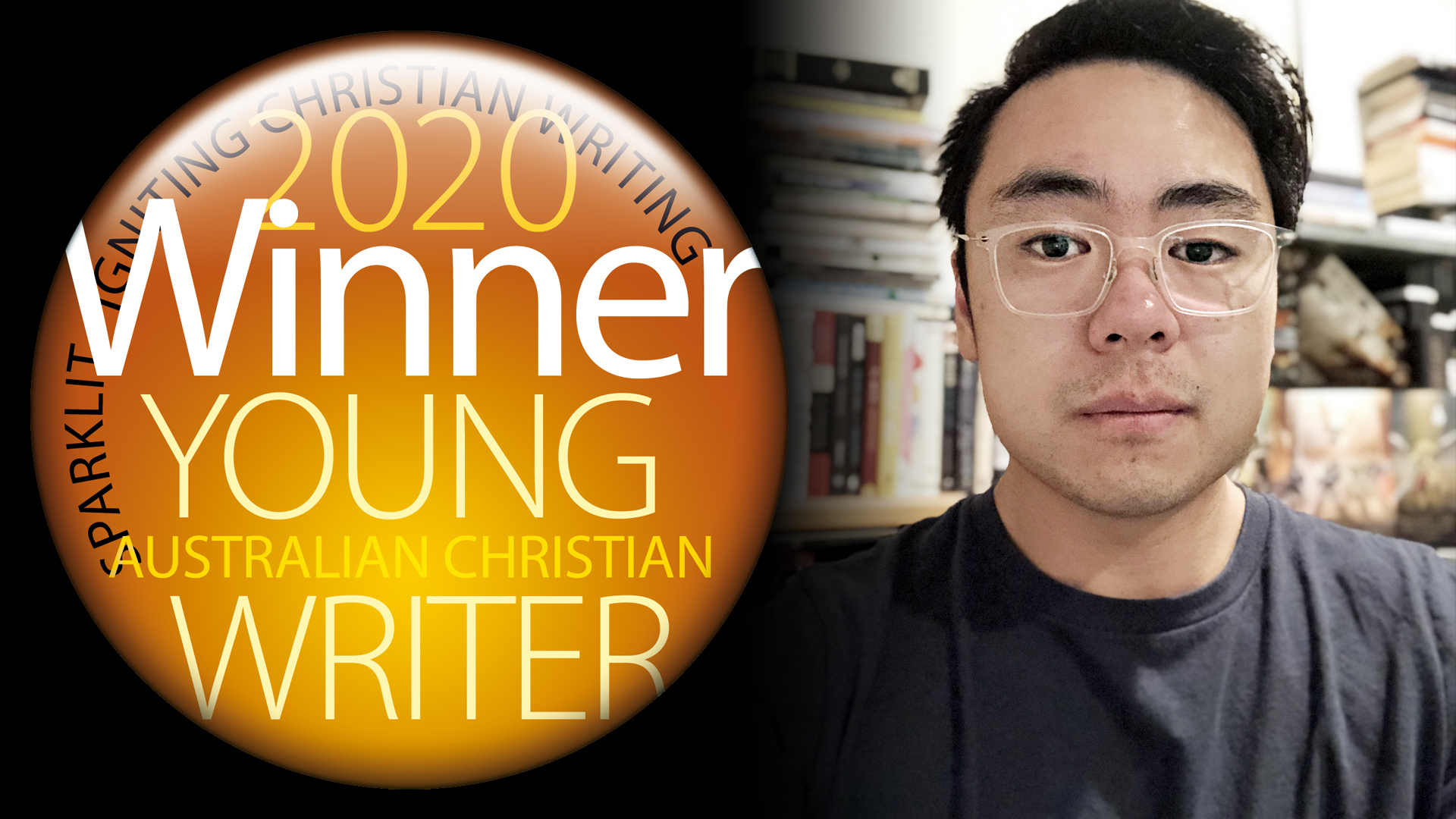 Daniel Li from Victoria won the 2020 Young Australian Christian Writer Award with his manuscript Being Mulaney.

This is what the judges had to say about Being Mulaney

Our spiritual leaders care for us. But who cares for them? What does it mean to share the weight of ministry? In this honest and gentle narrative, a young Christian confronts the loneliness of leadership, burnout and a family history of suicide. The writing is tight yet intimate and poetic. A timely reminder to bear one another’s burdens and point each other to the grace and peace that surpasses understanding.

An extract from Being Mulaney

“We need to see it,” Sarah said, snatching the key out of the box, and pushing her chair out. “Follow me.”

Michael and Charles breathed deeply as she unlocked the door. The blinds were closed and she flicked the lights on. There was a lacquered table that looked heavy and commanding. On it were three boxes. On the white wall behind was a large, framed photo of a man who looked like a farmer, gesturing from a pulpit.

The room was so impeccably clean.

Michael walked over to the boxes. Thousands of letters in all different sizes—some written in blue, red, purple ink—all dated like a macabre time line. “These are …”

Sarah nodded. “Letters to himself. He’d never let me read them. Nobody knew him. Maybe I will now.”

Sarah stood alone and vacant. The boys shut the door behind her. It was 1:48 am.

They lay on the floor of the lounge room. They thought they would hear muffled tears. But there was nothing. Not even the shuffling of paper. They heard only the churning clockwork of Sarah’s heart.

Michael looked at Charles with eyes deeper and wearier than any boy should have. “I’m scared.”

“It’s like my blood is calling to me. All the men in my family have found their answer in swinging from trees.”

“And you think you will too?” 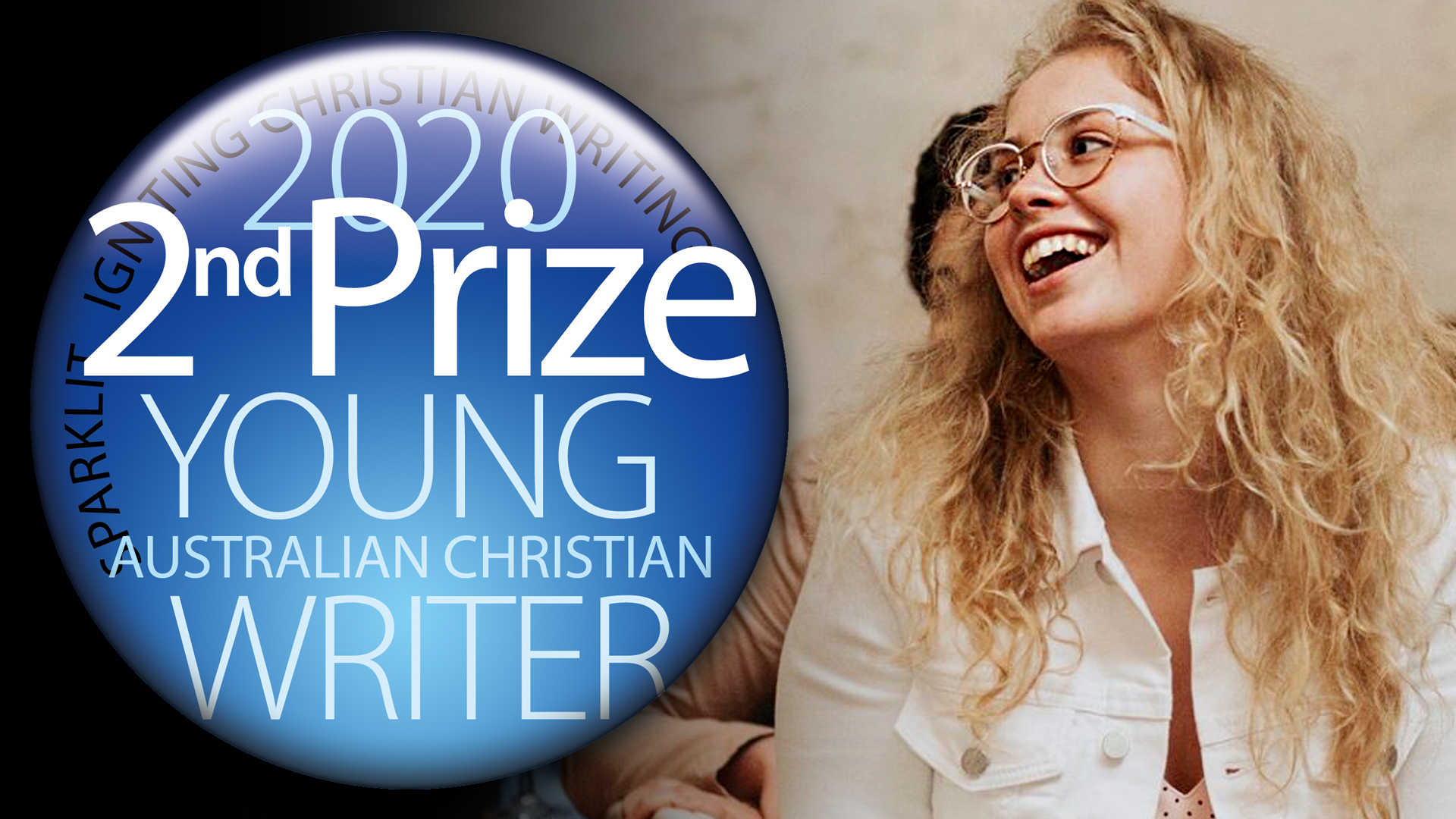 Caroline Dehn from Victoria won Second Prize in the 2020 Young Australian Christian Writer Award with her manuscript The Birdkeeper, and Other Forms of Myth.

This is what the judges had to say about The Birdkeeper, and Other Forms of Myth

If we keep saying “no” to love and hope, how many more times will it come knocking? How can we recognise freedom when we are used to living in chains? This collection of myth-like stories explores the supernatural anxieties and supernal fantasies of childhood where beauty, love and hope do battle with fear and darkness.

An extract from The Birdkeeper, and Other Forms of Myth

“The way I see it,” he says, “mystery is not an absence. It is not lack or delusion. It is something within which we find ourselves. Denying it is foolish, he continues. Rebelling against it, that is most unreasonable. Even stupid. Wouldn’t it be most reasonable to live within it? By which I mean to participate in it.”

We fall silent. I wonder how Jonah managed a First. Everything he says borders on madness. It has an inner logic, but broadly speaking, his views would never fit in the Academy.

I tell him that I think mystery is a notion conjured to placate our frustration over the limits of reason.

He sighs and looks at me. “Alright.”

This time, the quiet settles in. We do not speak for a long time, both of us staring out at my back garden.

I can’t see to its end for mist. I haven’t been able to for years. But I try assertively to preserve the memory of what that was like: to sit and gaze from one end of the garden to the other through unobstructed air. In the same way, I remember the walls, towering high, presidential. Most of them lie in piles, now. They have for years.

Jonah straightens suddenly. I hear what he has heard: a sound, strange and unfamiliar, half melodic and half talkative.

The sound rattles on in a joyous little chaos of noise.

I am startled, amazed. 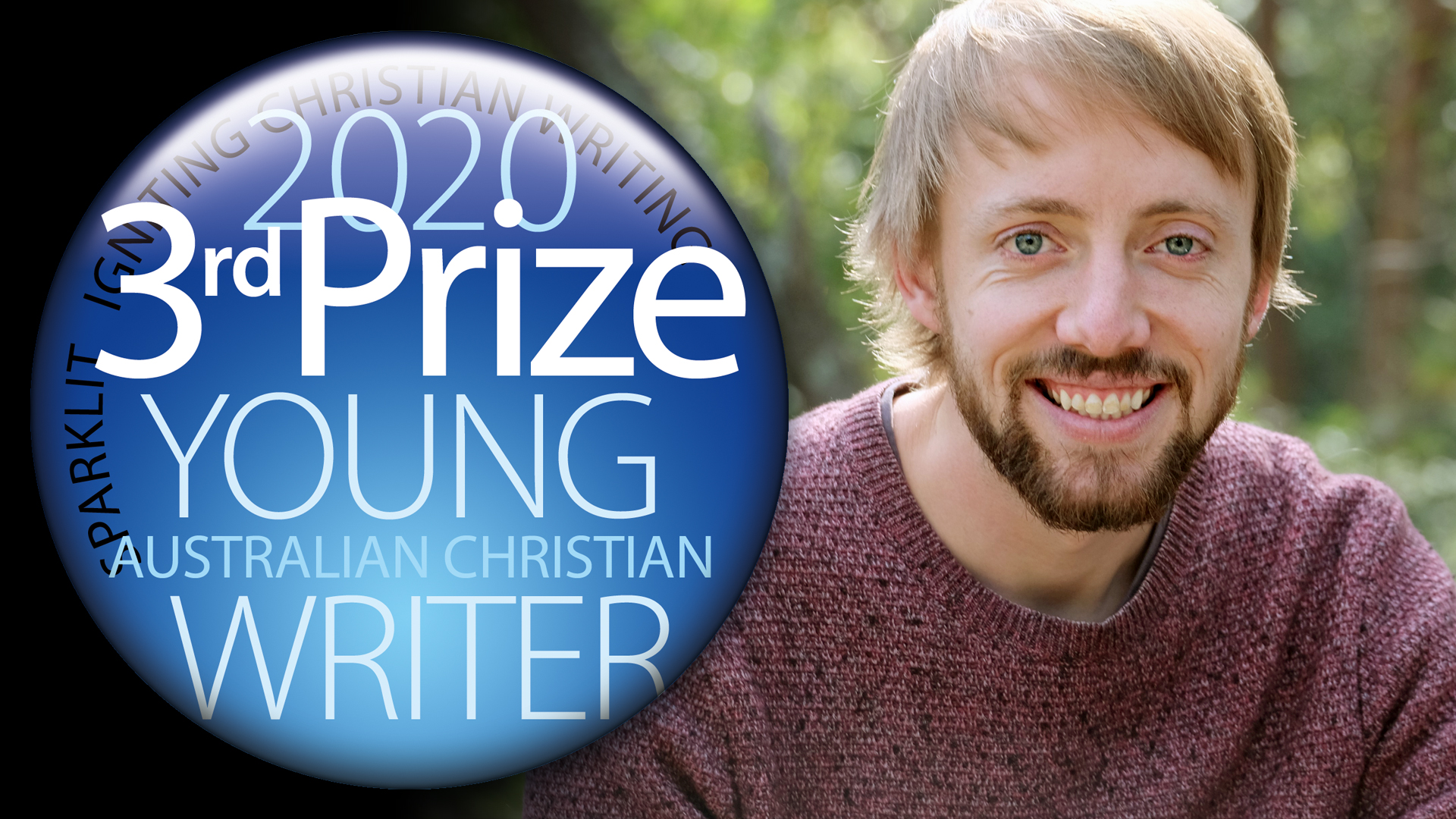 Arcos grapples with the oppression and suffering he witnesses as he journeys through a fantastical world not so different from our own. The narrative is well-paced and complemented by excellent drawings. This tapestry of
biblical allegories prompts us to look anew at our own lives and aspirations.

An extract from The Cartographer’s Presence

He has mapped it all out. Sketched the long and twisting coastlines, the far reaching deserts, the high and lofty mountain ridges.

But the most amazing part, my son! The Cartographer is not a distant Map Maker. He is close!

He made a path for them to follow, and guided them along it. Our ancestors had the Cartographer with them, my son, but they did not have a land.

They lived like nomads, roaming the wilderness, climbing the mountains, traversing the valleys, carrying their tents wherever they went. Setting up their shelters wherever the Cartographer led.

They were always on the move, ever searching, ever journeying. Never staying in one place.

That is why we live in shelters this week, my son. To remember our mothers and fathers and the way they lived in times long passed. How the Cartographer faithfully guided them.

For he had a destination in mind for them, a land where they could build lasting homes.

Suspicion and hatred envelop a small town following the death of two women. The humour, tension and bullying among the teenage protagonists is real and topical. From beginning to end this narrative is strong, nuanced, unpredictable and engaging. As the mystery unfolds, God’s love and care are gradually revealed.

An extract from Tom and Eva

Tom wandered his way along the streets in the dark. His father was waiting at home, probably in a deep silence. It was tempting to fall back to his refuge, the happy home down the end of a muddy lane. But he found himself heading along another route.

“Tom!” she exclaimed. She wrapped him in an enormous bear hug.

“What was that for?” Tom smiled a little.

“That’s what friends do,” declared Eva. “Come in. We’re eating Chinese to celebrate.”

Hank Carmichael swallowed his salt and pepper squid audibly upon seeing Tom. But Tom only smelt the wafting scent of fried rice and pork. He smiled at Hank’s face as he seated himself opposite.

“Dad, go and find us some sauce, why don’t you?” coaxed Eva. Her father was quick to answer. An uncomfortable spasm sent him racing into the next room. “He’s scared, you know,” said Eva thoughtfully. “The McFarlanes will be in disgrace, and probably him as well.”

She shot him a wide blue stare. “You must be happy. Now they’ll have to suffer what you did.”

Tom shrugged. “I don’t care. That’s not important now. I feel free. And not just from this town, but from Veuve and … what my mother did to us.”

“Harold told me,” said Eva simply. “And no one else knows.”

“Thank you,” said Tom. It felt so wonderful to have a friend, to have someone who understood, after years of darkness.

Eva grinned. “And that reminds me. Adam owes you an apology.”

“I should hope so,” remarked Tom.

“I made a deal with him,” said Eva cunningly. “If he was wrong about your family, he had to apologise to you.”

Tom felt a raw ache to his ribs. “And Hugh?”

“Some sheep never change their ways,” said Eva. “Adam, despite his idiocy, his mediocre good looks, his sports-hero physique,
does have the tiny beginnings of a conscience.”

Tom laughed. “But you thought he was hot.”

Eva blinked thoughtfully. “Y-e-s, I did. But all that fear, it does something to the face, doesn’t it?”

“You know it!” she called back.

Tom pretended to consider it. “I have a lonely father at home.”

“He can come,” offered Eva. She was popping a little now, the excitement in her eyes invigorating.

“Indeed,” she said with a smile. She raised her plastic cup in a mock toast. “To friendship.”

“And to Tom and Eva,” she concluded.

With the Young Australian Christian Writer Award we discover and encourage writers of the future. A $2,500 prize is given for the best unpublished manuscript by an Australian citizen under 30 years of age. Supplementary awards may be made. The winning work will explore a Christian perspective or theme and incorporate, explain or encourage Christian life and values. Entries are judged with an eye to the:
Original nature and content of the work.
Literary style, including suitability for the target audience.
Contribution that the work makes in meeting a need for Christian writing in Australia.

Winner. Daniel Li for Being Mulaney
Second Prize. Caroline Dehn for The Birdkeeper, and Other Forms of Myth
Third Prize. Stephen Reed for The Cartographer’s Presence
Open 2019 awards results and judges’ comments.

The award was withheld in 2018.
Open 2018 awards results and judges’ comments.

Winner. Miriam Dale for The Weight of Hope
Second Prize. Rebecca Lang for The Sprinkling of Unforced Rhythms
Third Prize. Jim Schirmer for The Way of the Rabbi
Open 2016 awards results and judges’ comments. 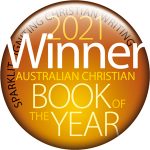 Australian Christian Book of the Year 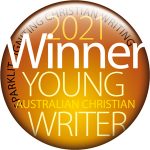 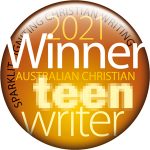